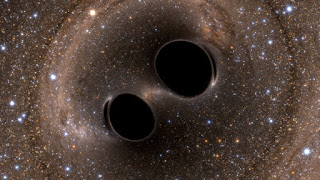 In now a days many persons are asking the questions.There are many questions regarding death of black hole. One is that does black hole dies.

What happens at Event Horizon

Hawking radiation reduces the mass.On other hand when black holes are not having any mass eat that makes progress in shrinking and evaporation.

Micro black holes emits photons and other particles in very huge amount compared to bigger one. Ultimately they should shrink faster and evaporate.

Many experiments done in the laboratory suggests thats Hawking radiation might exist.