Electric materials are basically divided into Conductors, Semiconductors and Insulators. They are basically divided as per their ability to resist electric current  passing through them. Conductors show very low resistance and the insulators show very high resistance to electricity. But there is also another type of material called Superconductor. Superconductor can be easily described as “Super” ability to “Conduct”. 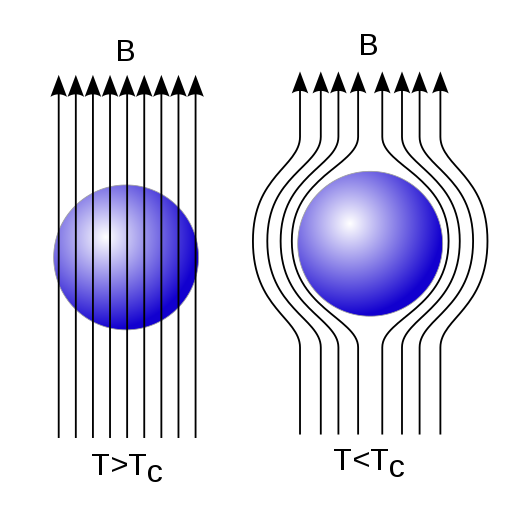 For instance, if Mercury is cooled below 4.1K, it loses all of its electrical resistance.

Another effect that has a major role in superconductivity is London Effect in which magnetic field decays exponentially inside the superconductor within 20-40nm.

How Gold is Good Conductor

Gold is a very good conductor and possess little resistivity but when being applied to high temperature ,its resistance increases. Reason?

Because the application of high temperature increases the vibrations of electrons inside the crystal of Gold, hence making it difficult for the electrons to flow. So, temperature is decreased, less vibration occurs, ultimately making the flow of electrons really easy. Hence resistance changes as per temperature. Temperature is a very important factor here.

There are great benefits of superconductors as it’s being used to produce faster computers, floating trains (also application of Magnetic Levitation) etc. So it’s only about time we create more and more superconductors for the betterment of the world taking the fact in our minds that it will save a whole lot of time for us.